Today, we had the chance to accompany our buddies to their classes at LSU. In the modern engineering building called Patrick F. Taylor Hall, the engineering classes were taught. Classes in the USA are mostly in smaller sizes and professors know the name of their students. Another thing which was interesting to see is that American students get homework like we German students got at high school time. Therefore, they study more during the semester and understand the subject better.

After visiting a class and having a great lunch at the Union Student Center we had the opportunity to learn about some projects that students developed during the capstone design class. During that class, students develop their own project and realize it, mostly in interdisciplinary teams.

The projects were impressive. One group developed a beach wheelchair for a woman that has a muscular dystrophy. It was emotional to see how the students could use their engineering skills to help a person in real life and give her a product which does not exist in that form before.

Another group developed a machine for a company called ‘aspire food group’. The company sells nutrition made of insects to people. The idea is that the demand for that kind of food will rise when the population on earth increases and meat becomes more expensive. Besides a lower carbon footprint, it can be used in third world countries like Africa to combat malnutrition. The idea of the student team was to develop a mechanism to automate the feeding of the insects. However, the intellectual property belonged to the company.

Other team ideas included a machine to cool drinks down in a short amount of time or a 3d printed model of a breast with a cancer inside. That model could be used for the training of medical students.

After that, a former capstone student who founded a startup talked about his experience and his life story. His name is Michael Toussaint and he founded his automotive service company. The name of the company is ‘Toussaint Customs & collisions. It was incredible to see how he made his way from a trailer park to a successful entrepreneur. During his time as a student, he offered services for cars. Whether it would be painting or repairing the car, he would do it all. After finishing his mechanical engineering degree, he used his knowledge about cars to launch his startup. The difference to competitors is his high customer satisfaction due to excellent work. Toussaint has the philosophy that it is not about money but about solving problems. In his opinion a successful entrepreneur should take a subject he is passionate about and then look for problems in that field to solve them. When his startup became more successful, he was able to get a Rolls-Royce and showed us the keys of it. He also wanted to give back to the community and delivers speeches. Moreover, he aims to create a scholarship to support students one day in the future. When we asked about his favorite book, he recommended us the book ‘rich dad poor dad’, written by Robert Kiyosaki. It is a book about financial independence. After that inspiring lecture, we had the opportunity to ask questions personally to the presenters.

This adventures day was finished by an information event about studying abroad and in Germany which is currently difficult due to the ongoing corona virus. Furthermore, we played the game ‘bingo’, together with the American students which was fun and gave us the chance to socialize with them and to eat free pizza.

Interesting to mention is, that not so many students in Louisiana tend to go abroad.

This has several reasons. Firstly, many students only complete undergraduate studies. Since undergraduate studies in different countries have different languages, this is a barrier. Secondly, many people in Louisiana like their state a lot and do not see the necessity to explore other countries. Thirdly, since students in the US need to pay high tuition fees, studying abroad becomes another financial burden. Nevertheless, I also want to mention that many students I talked to were open or would like to go to Germany one day and if it would be just for vacation. 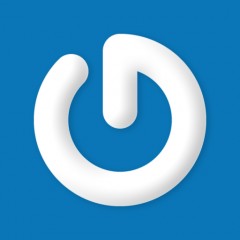 View all posts by mischa
Skip back to main navigation